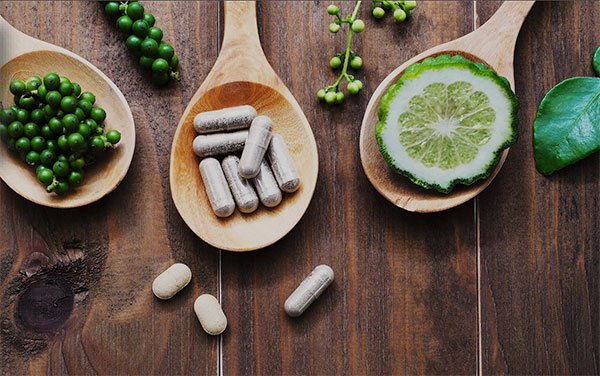 his mineral is found in the soil, water and in some foods and can play a big part in our skin’s health.

his mineral is found in the soil, water and in some foods and can play a big part in our skin’s health. While it’s best known as an antioxidant, this essential mineral is a component of more than two dozen proteins that influence everything from skin health to reproduction, the making of DNA, thyroid function and immune response.

Selenium neutralises free radicals and other skin-damaging compounds before they can lead to wrinkles. It’s similar to vitamin E and actually works with the vitamin to safeguard cell membranes, the protective coating around cells. That makes selenium a key player when it comes to slowing the signs of aging. In fact, research has shown that it is a triple treat, protecting against UV-induced cell damage, skin inflammation and pigmentation.

May protect against heart disease

A meta-analysis of 25 studies found that increasing selenium concentrations (taken from the blood and toenails) by 50% decreased the risk of heart disease by 24% (Flores-Mateo, 2006). Researchers believe that a lot of this has to do with the anti-inflammatory effects of this mineral. Inflammation is a risk factor for coronary heart disease. And another meta-analysis of 16 clinical trials found that selenium supplementation successfully decreased serum C-reactive protein (CRP), an inflammation marker. The same review found that at the same time, this essential mineral also raised levels of a powerful antioxidant called glutathione peroxidase (Ju, 2017).

So selenium may not only lower inflammation markers but may also ease oxidative stress, a condition in which free radicals and antioxidants are unbalanced in the body leading to cellular damage. Oxidative damage is also associated with several chronic diseases, including cardiovascular disease (CVD).

But selenium’s ability to lower oxidative damage does more than just boost your heart health. Decreasing oxidative stress actually lowers inflammation and strengthens your immune system. We actually have types of immune responses: Th1 type, to viruses and intracellular bacteria, and Th2 type, to parasitic worms and extracellular parasites. Selenium may boost the Th1-type immune response more than Th2 type. But studies do underscore that the essential mineral selenium is able to enhance the immune response and that selenium deficiency may slow immune cell response (Hoffmann, 2008). Selenium supplementation also increases white blood cell count and may also enhance the function of T-cells, a specific type of white blood cell (Hawkes, 2001).

We already mentioned the antioxidant properties of selenium. Acting as an antioxidant, this trace mineral can balance out free radicals in the body and prevent them from causing the cellular damage associated with oxidative stress. It’s worth noting that free radicals are natural byproducts of some essential processes in your body, like metabolism. But external sources can also produce free radicals, such as pollution and cigarette smoke.

Alzheimer’s isn’t the only neurological condition with which oxidative stress is associated, though. It has also been linked to Parkinson’s and multiple sclerosis. So selenium may lessen oxidative damage and, in that way, decrease your risk of Alzheimer’s and protect your cognitive health. And patients with Alzheimer’s have been found to have low levels of selenium, as well as other nutrients such as vitamin C and vitamin E (de Wilde, 2017).

Though antioxidants seem to be able with the retention of cognitive skills, this benefit of selenium isn’t only tied to people with Alzheimer’s. One study found that adults given a mixture of antioxidants that included selenium had better scores at the end of the research in episodic memory, executive functioning, and verbal memory—though improvement in the last skill was only seen if the participant was a nonsmoker or had low baseline levels of vitamin C (Kesse-Guyot, 2011).

But even in cases involving neurological conditions, selenium may help. Another study gave participants who already had mild cognitive impairment one Brazil nut a day (the most potent dietary source of this mineral) for six months to boost their blood selenium. Compared to the control group, those given Brazil nuts scores better at the end of the trial in verbal fluency and constructional praxis, the concept of fitting together different pieces to form a uniform whole that humans use across many different activities (Cardoso, 2016).

Finally, we get to the thyroid gland and, by extension, your metabolism. This small but powerful part of your body has the highest concentration of selenium of all of your tissue (Ventura, 2017). And the thyroid does more than regulate your metabolism through the release of thyroid hormone. This butterfly-shaped gland at the front of your neck also helps with proper growth. But low selenium has been connected with thyroid disease, an epidemiological study found (Wu, 2015). And not just hypothyroidism, an underactive thyroid, but also Hashimoto’s thyroiditis, an autoimmune condition in which the body attacks the thyroid gland.

But increased selenium intake may benefit people with either form of thyroid disease. Three months of selenium supplementation successfully lowered antibodies in participants with Hashimoto’s in one study (Toulis, 2010). Another found that the two highest consumption rates of dietary selenium were associated with a lower risk of developing subclinical hypothyroidism, a condition in which the thyroid is underactive but not to a degree at which healthcare providers prescribe thyroid hormone replacement (Andrade, 2018). But while selenium may help those with thyroid disease, supplementation should be an addition, not a substitute for medical treatment.

It’s important for us to cover one thing immediately: Although it’s been reported that selenium can lower your cancer risk, a meta-analysis found that research actually isn’t indicative of that (Vinceti, 2018). That’s not to say that the current research on this mineral and cancer prevention isn’t hopeful. Selenium has proven capable of lowering DNA damage and oxidative stress, both of which are linked to cancer risk (Rayman, 2005). Perhaps the most hopeful is a study published in 2016.

The researchers found that higher blood selenium levels were associated with lower rates of several types of cancer, including lung cancer, breast cancer, and prostate cancer. Unfortunately, even this study did not find an association between selenium and skin cancer, bladder cancer, or colorectal cancer risk (Cai, 2016).

Allergic asthma, the most common type of this condition, is at its core a chronic inflammatory disorder (Murdoch, 2010). The anti-inflammatory effects of selenium mean this mineral may help lessen the symptoms of asthma. Although more work needs to be done on human health, animal research has shown that selenium supplementation may make sense as a part of asthma treatment—depending on the individual’s baseline selenium status. Supplementing with this mineral seems more effective in conditions where blood selenium was low (Norton, 2011).

But that likely won’t rule many people out for the benefits of selenium supplementation. Asthmatics have been found to have low selenium levels. But even among people with mild to moderate asthma with low selenium compared to those without the inflammatory condition, a relationship between lung function and selenium status can be seen. Higher selenium levels are associated with better lung function even before treatment with supplements (Guo, 2011).

Information and statements made are for education purposes and are not intended to replace the advice of your doctor. If you have a severe medical condition or health concern, see your physician.