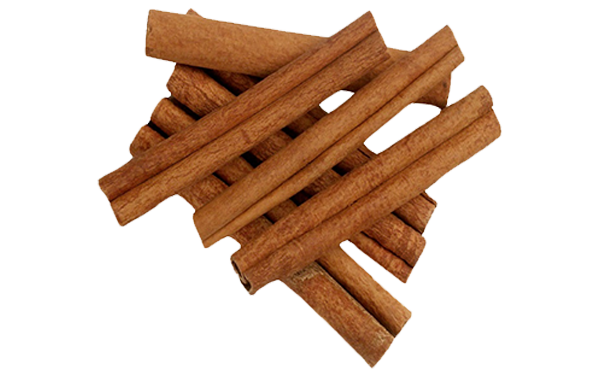 Scientists have found evidence of some possible health benefits of cinnamon. These include:

Cinnamon oil may help treat some types of fungal infections.

A 2016 laboratory study found that cinnamon oil was effective against a type of Candida that affects the bloodstream. This may be due to its antimicrobial properties.

If further research confirms these findings, cinnamon oil could play a role in treating this type of infection.

Animal studies have shown that cassia cinnamon may reduce blood sugar levels, according to a 2015 review.

The review also noted that after 60 people with type 2 diabetes consumed up to 6 grams (g) of cinnamon per day for between 40 days and 4 months, they had lower serum glucose, triglycerides, low-density lipoprotein cholesterol, and total cholesterol.

However, according to the National Center for Complementary and Integrative Health (NCCIH), a 2012 review concluded that cinnamon does not help lower levels of glucose or glycosylated hemoglobin A1c — which are long-term measures of blood glucose control — in people with type 1 or type 2 diabetes.

Another small study looked at the impact of cinnamon, calcium, and zinc on blood pressuremanagement in people with type 2 diabetes. The results did not show that this treatment had any impact.

Which foods are good choices for people with diabetes? Find out here.

Some animal studies have suggested that cinnamon may help prevent Alzheimer’s disease.

According to researchers, an extract present in cinnamon bark, called CEppt, contains properties that may prevent symptoms from developing.

Mice who received the extract experienced a decrease in features of Alzheimer’s, such as amyloid plaques, and improvements in their ability to think and reason.

If further research confirms its effectiveness, this extract — but not necessarily whole cinnamon — may be useful in developing therapies for Alzheimer’s.

In 2000, a study of extracts of Indian medicinal plants found that cinnamon may help protect against HIV.

Scientists tested 69 extracts in a laboratory. Cinnamomum cassia, or cinnamon bark, and Cardiospermum helicacabum, which is the cinnamon shoot and fruit, were most effective in reducing HIV activity.

In a 2016 laboratory study, scientists found that an extract from cinnamon showed anti-HIV activity.

This does not mean that foods containing cinnamon can treat or prevent HIV, but cinnamon extracts could one day become a part of HIV therapy.

Experts have tested cinnamon for activity against multiple sclerosis (MS).

In one study, researchers gave mice a mixture of cinnamon powder and water and ran some tests. It appeared that cinnamon could have an anti-inflammatory effect on the central nervous system, including parts of the brain.

People with MS appear to have lower levels of Tregs than people without the condition. In mouse studies, cinnamon treatment has prevented the loss of certain proteins specific to Tregs.

The NCCIH are supporting more research into how cinnamon may help treat MS.

In this article, get some diet tips for people with MS.

In 2011, researchers concluded that diets rich in “antioxidant spices,” including cinnamon, may help reduce the body’s negative response to eating high fat meals.

Research from 2015 says that scientists have found a way to package antimicrobial compounds from peppermint and cinnamon into tiny capsules that can both kill bacterial biofilms and actively promote healing.

In this way, peppermint and cinnamon could become part of a medicine for treating infected wounds.

Reducing the risk of cardiovascular disease

Various compounds in cinnamon may benefit the cardiovascular system. Cinnemaldehyde, for example, lowered blood pressure in an animal study.

In a 2014 study, rats that received long-term treatment involving cinnamon and aerobic training had better heart function than those that did not.

Can some foods lower blood pressure? Find out here.

The authors of one article note that cinnamaldehydes may have antitumor and anticancer properties.

In the study, scientists treated mice with cancer using an extract of cinnamon and cardamom. Tests found lower levels of oxidative stress in the melanoma cells of the mice that received the treatment.