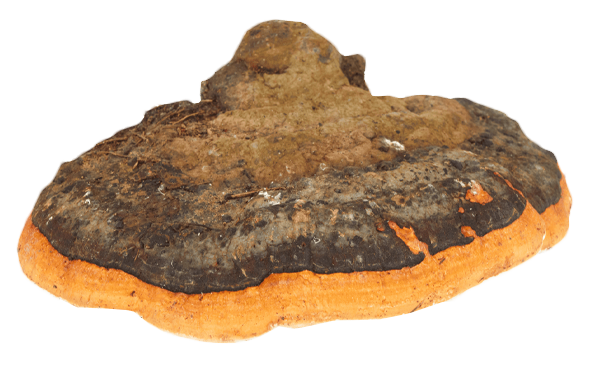 Chaga mushroom is a type of fungus that grows mainly on the bark of birch trees in cold climates, such as Northern Europe, Siberia, Russia, Korea, Northern Canada and Alaska.

Chaga mushroom is a type of fungus that grows mainly on the bark of birch trees in cold climates, such as Northern Europe, Siberia, Russia, Korea, Northern Canada and Alaska. Chaga produces a woody growth, or conk, which looks similar to a clump of burnt charcoal. However, the inside reveals a softcore with an orange colour. For centuries, it has been used as a traditional remedy, mainly to boost immunity and overall health. They are high in fiber and rich in antioxidants.

Help to fight inflammation (inflammation is a natural response of your immune system. However, long-term inflammation is linked to conditions like heart disease and rheumatoid arthritis. Studies suggest that Chaga extract can positively impact immunity by reducing long-term inflammation and fighting harmful bacteria and viruses. By promoting the formation of beneficial cytokines — specialised proteins that regulate the immune system — Chaga stimulates white blood cells, which are essential for fighting off harmful bacteria or viruses. What’s more, other studies demonstrate that Chaga can prevent the production of harmful cytokines, which trigger inflammation and are associated with disease (including gut damage))